After the growth, the silicon carbide single crystal is crystal ingot with surface defects, which cannot be directly used for epitaxy. Therefore, it requires chemical mechanical polishing on silicon carbide. Among the processing skills, spheronization makes the crystal ingot into a standard cylinder; wire cutting will cut the ingot into wafers; various characterizations ensure the direction of processing, and polishing is to improve the quality of the wafer.

The surface of the wafer will be damaged. The damage is caused by the defects of the original crystal growth and the damage in the previous processing steps. For partial damage, there are four methods to solve: ignoring, replacing, repairing and removing. Regardless of the damage layer on the silicon carbide surface, it will affect the yield of the device; replacing the chip is not a wise choice, because it will impact on your reputation among the industry; Repairing is actually growing again, and there is no low-cost solution now; and removal is a feasible option. Use a certain material to improve the overall quality of the material.

There are four methods to remove the damage layer on the SiC surface:

The materials used in this process mainly include polishing fluids and polishing pads. After using the polishing pad, the wafer will deform. The surface becomes smooth, the pores are reduced and blocked, which make the polishing rate reduced. The wafer must be trimmed to restore its roughness and improve the ability to transfer the polishing fluid. Generally, a diamond dresser is used for trimming.

The details of mechanical polishing are as follows:

Second, in the same way, if you use hydrogen peroxide to polish directly, scratches will be added. The AFM diagram is shown as follows. The reason is that the chemical corrosion is anisotropic and will accelerate corrosion for crystals with large surface energy. 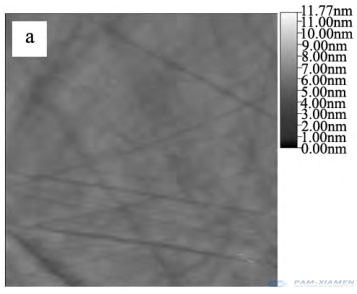 If only immersion in hydrogen peroxide, the defects and scratches will be enlarged. After immersion, the surface roughness of the wafer increased from 0.06nm to 0.14nm. The AFM diagram is shown as follows, and the upper right corner is before soaking: 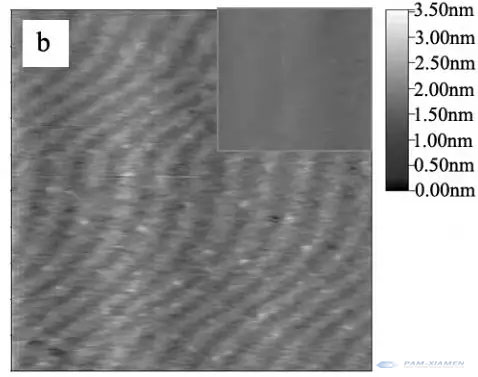 How to Perform a Typical Chemical Mechanical Polishing on Silicone Carbide?

The first step is mechanical polishing.

Use a 0.5um diameter diamond polishing solution to polish the surface roughness to 0.7nm.

In fact, various parameters are adjustable, and suitable conditions should be selected for the wafer and the machine:

PAM XIAMEN offers PbS single crystal. The sulfate ion is a polyatomic anion with the empirical formula SO2−4 and a molecular mass of 96.06 daltons (96.06 g/mol); it consists of a central sulfur atom surrounded by four equivalent oxygen atoms in a tetrahedral arrangement. [...]

PAM-XIAMEN provides indium arsenide (InAs) ingot with high quality and competitive price. Indium arsenide is a group III-V compound semiconductor material composed of indium and arsenic. It is a silver-gray solid at room temperature, and the indium arsenide crystal structure is a zinc blende crystal [...]