PAM-XIAMEN, an epi-provider for GaN LED on Si, can offer high performance blue and green light-emitting diode prototypes that grow 2”, 4”, 6” and 8” gallium nitride (GaN) layers based on LED wafer structure on silicon substrate as well as sapphire substrates. Silicon is a low-cost compared with sapphire substrates, and large diameter silicon wafer processing is already popular in the semiconductor market, with the possibility of mass LED manufacturing. For more details about the LED wafer, please refer to the tables below. 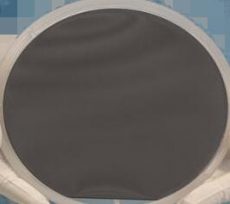 1. Specifications of LED Wafer on Silicon

The reasons for choosing silicon-base LED wafer solutions for microLED applications are illustrated below:

Firstly, silicon can have a diameter of up to 300 mm, and the cost is low.

More importantly, GaN-on-silicon has the advantage of being compatible with mature silicon-based manufacturing. This manufacturing technology for LED wafer production is very mature and can be used for monolithic integration of thin film processes and arrays.

A large number of tests of PAM-XIAMEN GaN LED wafer on silicon show that they have a strong potential for the preparation of microLEDs. PAM-XIAMEN LED wafer material has a wafer warpage below 30μm, an internal quantum efficiency of over 80% and good wavelength uniformity, which can well support the productivity ramp-up of microLED display manufacturing.

PAM-XIAMEN offers 650 RC LED Wafer. RC LED – resonant cavity light emitting diode refers to a new type of light-emitting diode structure, which can be regarded as a combination of VCSEL and LED, and have the advantages of both. Now, it is mostly [...]

PAM XIAMEN offers EU DOPED CALCIUM FLUORIDE EU: CAF2 CRYSTAL. To better serve you, we would like to discuss your specific requirement, Please Contact Us for a quote. Eu doped calcium fluoride, Eu: CaF2, is an excellent scintillation crystal. It has been widely used in low energy nuclear physics [...]