At present, silicon materials still occupy a major position in the field of semiconductors and solar energy. With the development of science and technology, the production process of integrated circuits and solar cells has put forward new requirements for silicon materials. The growth technology of large-diameter and high-quality silicon single crystals has become a research and development hotspot in the field of semiconductor materials and solar energy. If the diameter of the silicon single crystal increases, the feeding amount will increase, and the crucible diameter and thermal field size will also increase accordingly, which will inevitably lead to intensified thermal convection in the melt. When the crystal is grown by the traditional Czochralski method, the melt is prone to eddy currents, the shape of the solid-liquid interface, the temperature gradient and the uniformity of the oxygen concentration distribution are difficult to control, and it is difficult to achieve the balance of point defects. Applying the magnetic field to the Czochralski-grown single crystal can effectively inhibit the thermal convection, make the impurity content evenly distributed, and significantly improve the crystal quality. PAM-XIAMEN can supply magnetic Czochralski (MCZ) silicon wafers. More about our MCZ silicon wafers please refer to https://www.powerwaywafer.com/pam-xiamen-offers-mcz-silicon-ingot-and-silicon-wafer.html. 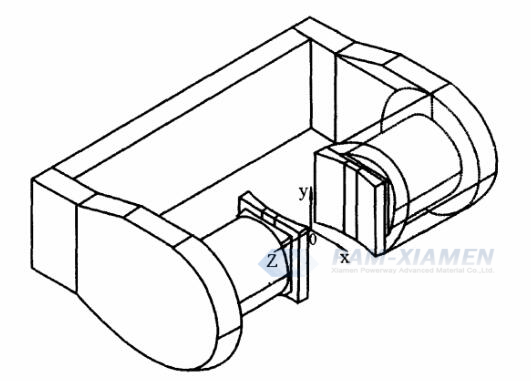 By winding a solenoid outside the furnace chamber of a single crystal furnace, a longitudinal magnetic field (vertical magnetic field) can be formed at a lower cost than a transverse magnetic field. The schematic diagram is shown in Figure 2. 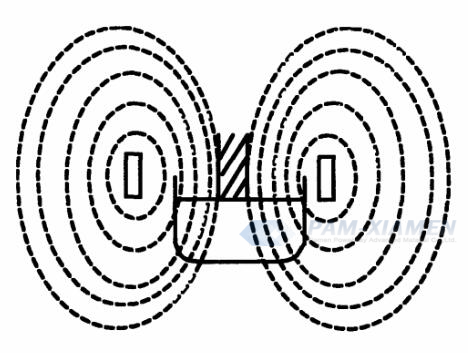 It is reported that the effect of a 100 mT axial magnetic field on the radial distribution of oxygen and phosphorus in single crystal silicon grown from a 3.5 kg melt, and found that the oxygen content increased in the axial direction, while the radial resistivity uniformity decreased. The resistivity uniformity in the axial direction increases, and the rotational fringes increase at the edge of the crystal.

In the longitudinal magnetic field, the radial melt convection is suppressed, but the axial melt convection is not affected. There is direct oxygen transport from the bottom of the quartz crucible to the crystal/molten silicon interface, which is difficult to control the oxygen content in the crystal. The radial distribution of dopants in crystals, which grown by longitudinal magnetic Czochralski technique is more inhomogeneous, and the oxygen content is higher than that without a magnetic field; in addition, the melt convection at the crystal/fused silicon interface is suppressed. 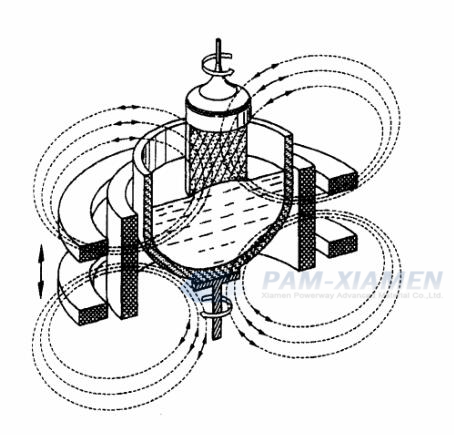 Compared with the CZ method, the MCZ method has the following advantages:

1) The oxygen concentration can be controlled in a wide range (2-20PPm);

2) The oxygen and other impurities are evenly distributed;

3) The probability of crystal defects is small;

4) The warpage caused by thermal stress is small.

Enhanced Continuous-wave Trahertz emission by nano-electrodes in a photoconductive photomixer Semiconductor materials used as PCA-based photomixers must exhibit high resistivity, high carrier mobility and ultrashort carrier lifetime. Low-temperature-grown GaAs (LT GaAs) has been shown to have such characteristics 14–18 . The samples used in our experiment had [...]

PAM XIAMEN offers Borosilicate Float Glass from SCHOTT. We have a large selection of Schott Borofloat 33 glass wafers in all sizes. We have borofloat glass as thin as 100 microns. Borofloat 33 is the sanme as Pyrex 7740 and has the same anondic [...]