Below is the regular standard specification of Polycrystalline back sealed polished wafer, please kindly note in this size, normally notch is used, rather than flat. 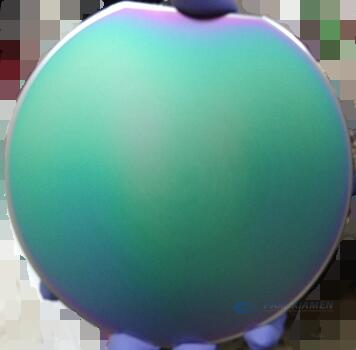 Si Wafer with back seal poly+SiO2

2. What Is Back Seal of Silicon Wafer?

Silicon wafer back sealing is a commonly used method to prevent self-doping phenomenon. This technology refers to depositing a layer of silicon dioxide or polysilicon, silicon nitride and other insulating films on the back of the silicon wafer to prevent the above-mentioned dopant atoms from passing through the back of the silicon wafer and entering the reaction gas to seal the dopant atoms. It can effectively suppress self-doping, reduce the influence on resistivity, and improve the quality of epitaxial silicon wafers.

PAM-XIAMEN can offer UV LED epi wafer, which is grown by our MOCVD range from 275nm to 405nm. Ultraviolet electromagnetic radiation, commonly known as UV, is used in many industries and applications. The emerging UV LED will be a competitive technology that can drive new innovative applications. UV-LED has [...]

Figure 1: Cross-sectional diagram of the GaN-HEMT device   Fujitsu today announced the development of a gallium-nitride (GaN) high-electron mobility transistor (HEMT) power amplifier for use in W-band (75-110 GHz) transmissions.   This can be used in a high-capacity wireless network with coverage over a radius of several [...]

A 3-inch GaAs epitaxial wafer can be provided for making a PIN diode chip, which can make a power electronic device with high isolation and low insertion loss. A heterojunction AlGaAs/GaAs PIN wafer makes the diode with low RF on-state resistance suitable for fabricating various [...]

If you would like a quotation or more information about our products, please leave us a message, will reply you as soon as possible.
[email protected] [email protected]com