What are Processing Steps after Silicon Crystal Grown?

What are Processing Steps after Silicon Crystal Grown?

As a semiconductor wafer supplier, silicon wafers by FZ or CZ are provided at prime grade, test grade and so on. More wafer specifications, please view https://www.powerwaywafer.com/silicon-wafer. The post-processing of the silicon crystal from PAM-XIAMEN is introduced below.

After the silicon crystal is grown, the whole wafer production is only halfway through. Next, the crystal must be cut and tested. The crystal rod with the head and tail cut off will undergo a series of processing such as outer diameter grinding and slicing.

For a long time, wafer slicing has used an inner diameter saw. The saw blade is a ring-shaped thin blade, and the inner diameter edge is inlaid with diamond particles. Avoid breakage caused by the blade leaving the ingot during the final cut-off stage.

The thickness, bow and warp of the sliced wafer are the key points of process control.

In addition to the stability and design of the cutting machine itself, the factors affecting the quality of the wafer have a great influence on the tension of the saw blade and the maintenance of the sharpness of the diamond.

The edge of the just-cut wafer is a sharp right angle perpendicular to the cutting plane. Due to the hard and brittle material characteristics of silicon single crystal, this angle is easily cracked, which not only affects the strength of the wafer, but also is a source of contamination particles in the process. In the subsequent semiconductor fabrication, the unprocessed wafer edge also affects the thickness of the optical group and the epitaxial layer, and the edge shape and outer diameter of the sliced wafer are automatically trimmed by a computer numerical machine.

However, the equipment required is expensive and the technical level is high. Unless required by customer, this process will not be carried out. 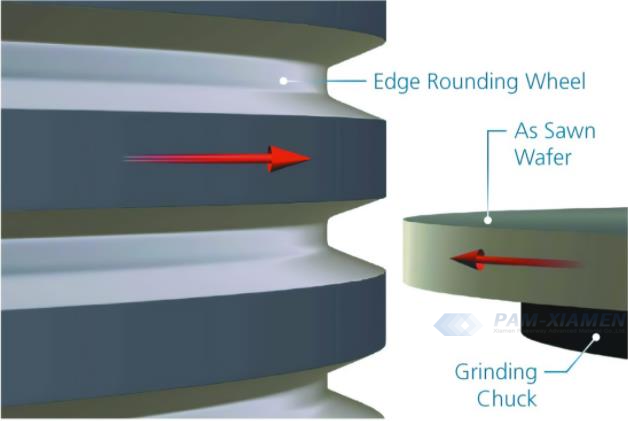 The purpose of lapping is to remove saw marks or surface damage layers caused by dicing or wheel grinding, and at the same time bring the wafer surface to a flatness that can be polished.

After the above-mentioned processing process, a damaged layer is formed on the surface of the silicon wafer due to processing stress, which must be removed by chemical etching before polishing. The etching solution can be divided into two types: acidic and alkaline. 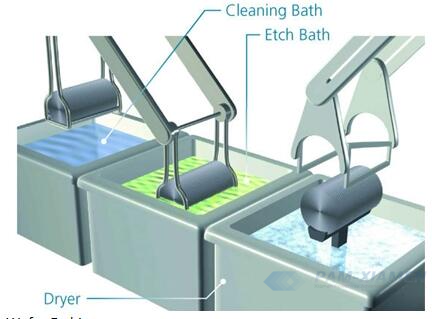 The flaws and defects on the wafer are felt in the lower half layer by sandblasting to facilitate the subsequent IC process.

Surface polishing is the last step in wafer processing. It removes about 10-20 microns of wafer surface thickness. The purpose is to improve the micro-defects left in the previous process, and achieve the optimization of local flatness to meet the requirements of IC process. Basically, this process is a chemical-mechanical reaction mechanism. The top layer of the wafer is corroded by NaOH, KOH, and NH4OH in the abrasive, and the power source of corrosion is provided by mechanical friction.

After polishing, the silicon wafers are physically and chemically cleaned with ultrapure water and chemicals, respectively.

Wafer flatness and graininess are key influencing factors in integrated circuit devices. Therefore, the flatness and particle size of each silicon wafer need to be checked by specially designed instruments to ensure the wafer quality. 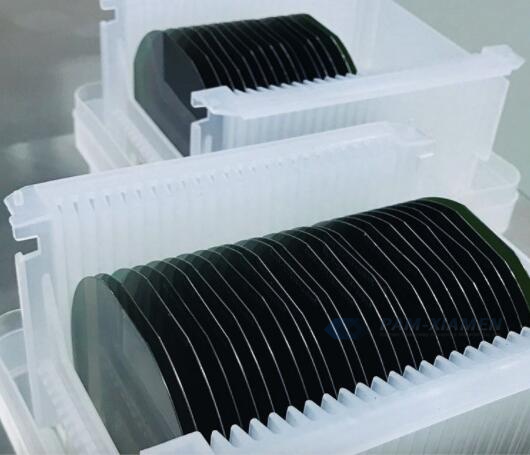 What Is PL (Photoluminescence)?

PAM-XIAMEN can supply semiconductor wafers, more wafer specifications please refer to https://www.powerwaywafer.com/products.html. If necessary, we will offer PL (photoluminescence) spectroscopy for the semiconductor wafers. 1. What is PL? About PL, it refers to the self-emission light produced by a material after being excited by light. When [...]

Fabrication of ZnO nanorod/p-GaN high-brightness UV LED by microwave-assisted chemical bath deposition with Zn(OH)2–PVA nanocomposites as seed layer Chemical solution deposition is a low-temperature and possibly the lowest-cost method of growing ZnO nanorods on a GaN substrate. However, most reported methods leave an interface layer [...]