The steps of spreading resistance profile are to measure the spread resistance of a series of point contacts (Rs is the ratio of the potential drop between the conductive metal probe and a reference point on the silicon wafer to the current flowing through the probe), and then use the calibration curve to determine The resistivity of the tested sample near the contact point of the spreading resistance probe is converted into the carrier concentration corresponding to the series of test points.

In order to improve the spatial resolution and at the same time according to the different target measurement depths, the direction of the cross section of the sample can be ground into a series of angles, and the change of resistivity within 5 nm of the resolution depth direction can be measured after grinding the silicon wafer.

We test the above specification by SRP test and obtain the resistance and thickness of the epilayers. Please see the diagram attached below: 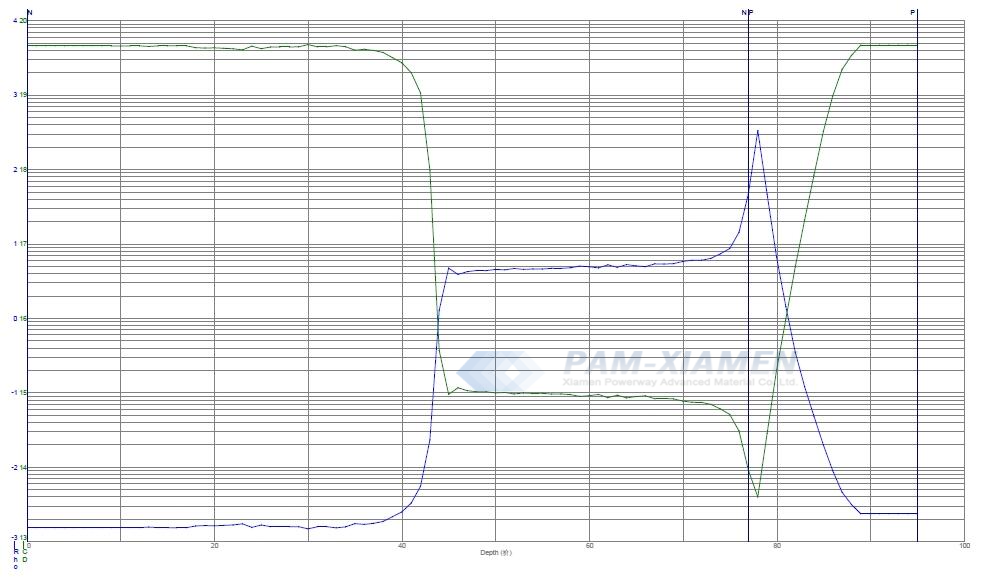 SRP is more and more widely used in epitaxial wafer and IC pattern wafer testing due to its superior spatial resolution. SRP technology can measure not only the longitudinal resistance change of epitaxial wafer, but also epitaxial layer thickness, transition region and interlayer width.

In Q4 Discount prices for Universities and Research Institutes

PAM XIAMEN offers 2 inch GaN (Gallium Nitride) HEMT Epitaxial Wafers on different substrates such as silicon substrate, sapphire substrate, silicon carbide (SiC) substrate. This GaN epitaxial wafer is for high-electron-mobility transistors (HEMT). We sell directly from the factory, and therefore can offer the best prices on the market for high [...]