It is estimated that China’s MOCVD machines will continue to increase by 288 units to 2,200 units in 2018. With the expansion of domestic LED wafer chip companies, domestic LED wafer chips will have overcapacity problems, and chip prices will turn downwards. The growth rate of chip output will slow down. It is expected that the output value of China’s LED chips will reach 22.5 billion CNY in 2018, up 19.7% year-on-year. The market share of the top three companies will reach 47.8%. 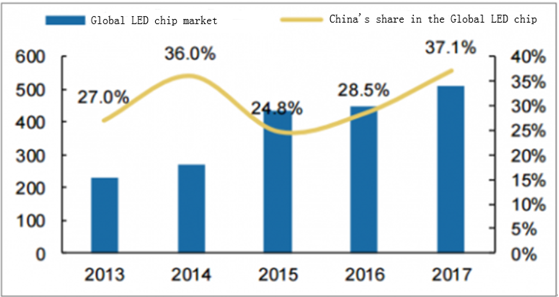 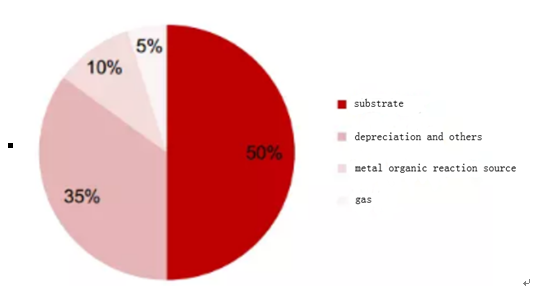 CHART2: Proportion for the variable and fixed cost

The improvement of manufacturers’ technology has led to the improvement of LED light efficiency. The number of chips that can be cut on the epitaxial wafer per unit area has increased, the cost of chips has decreased, and the price of chips has also decreased year by year. Xiamen Powerway Advanced Material Co., Ltd (PAM-XIAMEN), a leading manufacturer of compound semiconductor material in China, one of its key businesses is LED epitaxial wafer to provide LED wafer chip manufacturer, break down the technology of wafer BOW, its typical wafer bow value of 4”LED wafer on flat sapphire is reduced from 85um in 2016 to 45um in 2017, which increases the chip yield rate a lot and save the chip costs.

According to statistics, the market size of China’s LED wafer chip industry in 2016 exceeded 14.5 billion CNY, up 11.54% year-on-year. From the second half of 2016 to 2017, prices stopped falling and rose steadily. With the increase in production capacity of mainland China manufacturers, the technological gap with Taiwan is getting smaller. The advantages of price, delivery, and rapid market response were obvious. From 2008 to 2016, the national output of LED wafer chips increased from 50% to 80%, reaching 10.6 billion CNY, and imports were 3.3 billion CNY. Due to the obvious price/performance advantage of mainland chip manufacturers, the export ratio has also increased. The export rate in 2015 was 8.1%, and in 2016 it was increased to 9.6%. 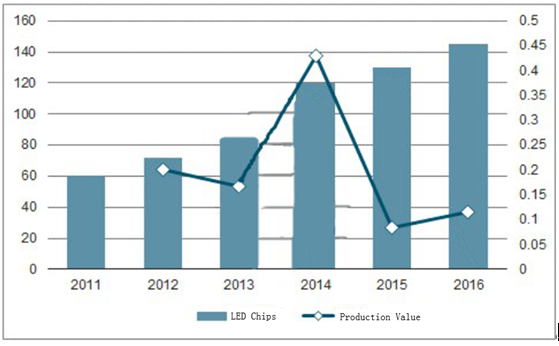 The market share of the top ten global manufacturers has increased from 66.1% in 2010 to 85.3% in 2017. The production capacity of mainland LED wafer chips is concentrated in Sanan Optoelectronics and HC SemiTek Optoelectronics. In addition to Osram’s expansion plans, foreign manufacturers have no plans to expand production. Most of China’s local chip manufacturers have been unable to expand production, gradually withdraw from the capacity competition. Although Shenzhen MTC has launched a new LED wafer chip project, the impact on the market in the short term is still very limited.

In recent years, the support of our government’s policies, as well as intensive investment in R&D of enterprises, and with a large number of LED industry experts and teams from Taiwan and Korea joined local companies, the average technical level of domestic LED epitaxial wafer chip companies has developed rapidly and has reached the international advanced level.

Reducing epitaxy and chip cost is critical to promoting LED applications. In recent years, researchers have started from new technologies, new structures, and new technologies. They have continuously reduced the cost of epitaxy and chip production through technology innovation. The cost of white LED packaging will fall from $25/klm in 2009 to $0.7/klm in 2020, and the ultimate goal of LED cost is $0.5/klm, with an average annual cost reduction of over 30%.

Although the respective expansion of several major manufacturers is amazing, the overall capacity expansion is relatively limited (145%). Veeco’s Red Bull, AMEC’s A7 and some Axitron’s R6 etc. large-cavity new machines become the main models. The K465i, CRUIS2 and earlier models gradually withdrew from the market, the overall market supply was more concentrated, and the capacity growth was also lower than expected.

In addition, the local government pushes the preferential tax policies, which boost the development of the LED wafer chip industry.

From the perspective of supply structure, because the expansion schedule and range of Sanan’s 2017-2018 is only slightly higher than the expansion rate of the whole industry, the absolute number of expansion is not small, but compared to HC SemiTek and Aucksun, the expansion is too conservative.

The supply structure of the LED wafer chip industry has lost the opportunity to transform into a structure similar to the semiconductor foundry industry, and may gradually form a three-pronged pattern similar to the DRAM memory industry. In contrast, assuming that CR3 is equal, the three-legged structure lacks stability, and the competitive strength is higher than one super-strong and higher than the duopoly structure.

With a profitability of nearly 75% of the industry’s total profit, Sanan, as the industry leader, has the strength to sacrifice some of its profits to operate the strategy of production capacity deterrence, retreating potential entrants (Shen Zhen MTC) and forcing competitors (HC SemiTek, Aucksun) to expand more cautiously.

Although the LED wafer chip industry’s several oligarchs will not Jointly price and distribute the output blatantly in a formal agreement, the increasing industry concentration coupled with the demand for price elasticity of LED wafer chips,

It will also force enterprises to easily reach a tacit agreement, and actively limit production and guarantee prices.

Jason Chen, Vice president of Xiamen Powerway Advanced Material Co., Ltd, believes that the LED wafer chip market in 2018 will not become monopoly pricing by single oligarch, so it is difficult to maintain a high gross profit situation, but there is also a high probability that the price will not collapse again as in 2015. The level of tacit understanding and cooperation between the three oligarchs will become a key factor in determining the price trend of LED wafer chips in 2018. However, the tripoly structure has natural instability, and a new game model is still being formed.

CZT γ-ray multi-pixel imaging system of PAM-XIAMEN adopts a imaging module of multi-pixel energy spectrum. It can be spliced into a 5×5 array without any blind spots. A total of 6,400 pixels make up a 127x127mm CZT (Cadmium Zinc Telluride) detector square. The system can [...]

Characterization of 6.1 Å III–V materials grown on GaAs and Si: A comparison of GaSb/GaAs epitaxy and GaSb/AlSb/Si epitaxy

The thermoelectric properties between 10 and 300 K and the growth of single crystals of n-type and p-type GeBi4Te7, GeSb4Te7 and Ge(Bi1−xSbx)4Te7 solid solution are reported. Single crystals were grown by the modified Bridgman method, and p-type behavior was achieved by the substitution of Bi by [...]