What are Annealed Silicon Wafer？

What are Annealed Silicon Wafer？

Annealed silicon wafer can be provided with low defect density from PAM-XIAMEN. The purpose of using annealed wafer is to eliminate defects on the silicon wafer surface and the component manufacturing area of the surface layer, and has a strong ability to capture heavy metal pollution, improving the chip yield. 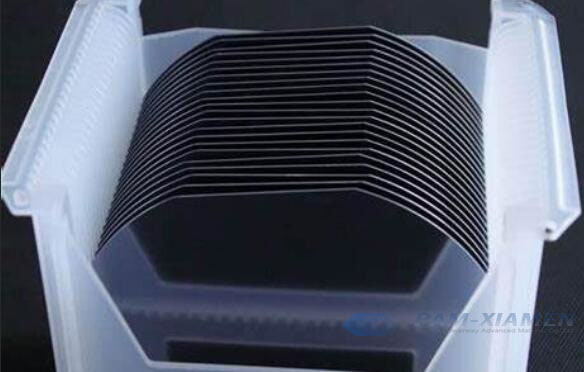 Annealed wafer formation is to place the polished wafer in a diffusion furnace. The high-purity hydrogen annealing wafer is to place the polished silicon wafer in a wafer annealing furnace/diffusion furnace. The silicon wafer is annealed in a hydrogen or argon atmosphere at a high temperature of 1100~1200°C. After a few hours, the oxygen in the surface layer of the wafer can be diffused outwards, which can greatly reduce the oxygen concentration in the surface layer and eliminate the tiny crystal originated particle (COP) defects formed during the crystal pulling process. In addition, the bulk micro defect (BMD) formed in the high-temperature heat treatment process can absorb the metal impurities that diffuse rapidly on the surface of the wafer, thereby having better crystal perfection, which can meet the higher semiconductor etching requirements, improving semiconductor IC process yield and product quality.

The standards is suitable for the silicon annealed wafer with the line width of 180nm, 130nm and 90nm, which is for manufacturing semiconductor devices and integrated circuit. The specific technical requirements of hydrogen / argon annealed wafer are as stipulated in the table:

Note: usually, the technical requirement for the thermally annealed silicon wafers produced by PAM-XIAMEN will be higher than that stipulated in the industry.

Generally, CMOS component manufacturing and DRAM manufacturers have strict requirements on the defects on the surface of the wafer. Therefore, the use of annealed wafer with low defect density (COP, OSF) can have a higher gate oxide breakdown voltage to increase product yield rate. In addition, processing polished wafer into annealing silicon wafer is relatively simple, so the unit price of annealing wafers is lower than that of epitaxial wafers, which can partially replace the demand for silicon thin film epitaxial wafers.

Abstract The growth of thick epitaxial SiC layers needed for high-voltage, high-power devices is investigated with the chloride-based chemical vapor deposition. High growth rates exceeding 100 μm/h can be obtained, however to obtain device quality epilayers adjustments of the process parameters should be carried out appropriately [...]

PAM XIAMEN offers SrTiO3 single crystal. SrTiO3 (STO) single crystal provides a good lattice match to most of  materials with Perovskite structure.  It is an excellent substrate for epitaxial film of HTS and many oxide. It has been used widely for special optical windows and as high quality [...]