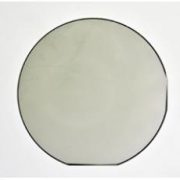 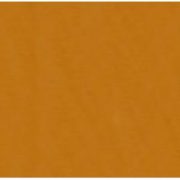 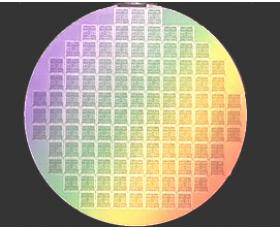 No.1. Carrier concentration:Net doping is determined as an average value across the afer using Hg probe CV.

No.2. Thickness: Thickness is determined as an average value across the wafer using FTIR.

No.5. Step bunching: Step bunching and Roughness are scaned by AFM (atomic force microscope) on a 10μm x10μm area

Defects which exhibit a clear shape to the unassisted eye and are > 50microns across. These features include spikes, adherent particles, chips andcraters. Large point defects less than 3 mm apart count as one defect.

Regions where step-ow was interrupted during epi layer growth. Typicalregions are generally triangular although more rounded shapes are sometimesseen. Count once per occurrence. Two inclusions within 200 microns count asone.

Comet tails have a discrete head and trailing tail. These features are alignedparallel to the major  at. Usually, all comet tails tend to be of the same length. Count once per occurrence. Two comet tails within 200 microns count as one.

Similar to comet tails in appearance except they are more angular and lack adiscrete head. If present, these features are aligned parallel to the major  at. Usually, any carrots present tend to be of the same length. Count once peroccurrence. Two carrots within 200 microns count as one.

Particles have the appearance of eyes and if present are usually concentratedat the wafer edges and not within the specied area. If present, count once peroccurrence. Two particles within 200 microns count as one.

Silicon droplets can appear as either small mounds or depressions in the wafersurface. Normally absent, but if present are largely concentrated at perimeterof wafer. If present, estimate the % of specied area affected.