FZ grown high-resistance silicon wafer is offered by PAM-XIAMEN for the fabrication of MEMS (Micro-electro Mechanical System). Silicon wafer is the common material for manufacturing integrated circuits in consumer electronics. Due to the availability and competitive price with high quality of silicon material, it is very attractive for MEMS applications. More parameters of silicon MEMS wafer please see table below: 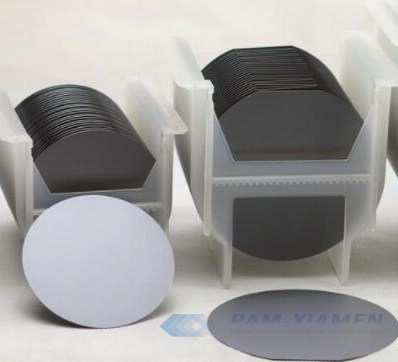 The diagram shows the radial resistance of MEMS silicon wafer: 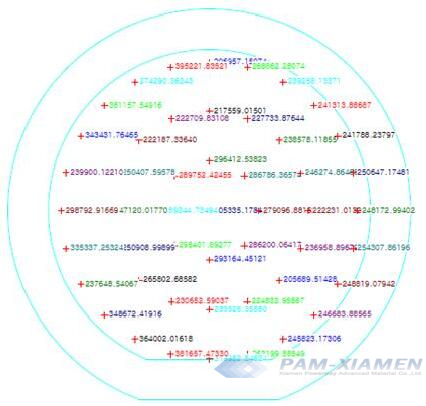 Si MEMS wafer with a good resistivity tolerance grown by FZ has no oxygen, making it excellent for solar cell with high-efficient structure, RF MEMS device and photodiode. In addition, single crystal silicon has little energy dissipation. The MEMS wafer bonding technology will make the wafer bonding in MEMS, reducing the product size and weight, and increasing the convenience of MEMS-based product.

MEMS focuses on ultra-precision machining, involving in microelectronics, materials, mechanics, chemistry, mechanics and so on. Its disciplines cover the various branches of physics, chemistry, and mechanics such as force, electricity, light, magnetism, sound, and surface at the micro-scale.

In MEMS applications, a single crystal silicon wafer is required to have a small stress. If the stress in the silicon single wafer is too large, the MEMS structure layer will be deformed or even broken, causing device failure. Therefore, for MEMS wafer fab, controlling the preparation process conditions of silicon high resistance wafers to make them have less stress has become a key issue in the MEMS manufacturing process.

Credit: MSU A university-built small satellite known as the Cosmic X-Ray Background NanoSat-2 (CXBN-2) is being prepared for an ambitious upcoming science mission. The spacecraft – scheduled for launch into space on March 19 – is expected to deliver crucial data that could advance our [...]

PAM XIAMEN offers Silicon Carbide (SiC) Wafers and Crystals. PAM XIAMEN offers the best prices on the market for high-quality silicon carbide wafers and substrates up to six (6) inch diameter with both N type and Semi-insulating types.  Our SiC wafers have been widely [...]

PAM XIAMEN offers Pyrolytic Graphite Substrate. Pyrolytic Graphite is a unique form of graphite manufactured by decomposition of a hydrocarbon gas at very high temperature in a vacuum furnace. It is nucleated on substrate and grown with texture along C axis . The result is an [...]