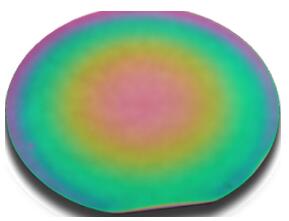 Dr. Shaka, said, “We are pleased to offer GaAs LED epi wafer to our customers including many who are developing better and more reliable for Red Led. It includes AlGaInP led structure with multi quantum well, including DBR layer for LED chip industry, wavelength range from 620nm to 780nm by MOCVD. Therein, AlGaInP is used in manufacture of light-emitting diodes of high-brightness red, orange, green, and yellow color, to form the heterostructure emitting light. It is also used to make diode lasers.The availability improve boule growth and wafering processes.” and “Our customers can now benefit from the increased device yield expected when developing advanced transistors on a square substrate. Our led epitaxy on GaAs substrate are natural by products of our ongoing efforts, currently we are devoted to continuously develop more reliable products.”

In addition to the difference in luminous efficiency, the use method and specification of installed lamp beads are the same.

Some electronic properties of gallium arsenide are superior to those of silicon. It has a higher saturated electron velocity and higher electron mobility, allowing gallium arsenide transistors to function at frequencies in excess of 250 GHz. GaAs devices are relatively insensitive to overheating, owing to their wider energy bandgap, and they also tend to create less noise (disturbance in an electrical signal) in electronic circuits than silicon devices, especially at high frequencies. This is a result of higher carrier mobilities and lower resistive device parasitics. These superior properties are compelling reasons to use GaAs circuitry in mobile phones, satellite communications, microwave point-to-point links and higher frequency radar systems. It is also used in the manufacture of Gunn diodes for the generation of microwaves.

Another advantage of GaAs is that it has a direct band gap, which means that it can be used to absorb and emit light efficiently. Silicon has an indirect bandgap and so is relatively poor at emitting light.

As a wide direct band gap material with resulting resistance to radiation damage, GaAs is an excellent material for outer space electronics and optical windows in high power applications.

Because of its wide bandgap, pure GaAs is highly resistive. Combined with a high dielectric constant, this property makes GaAs a very good substrate for Integrated circuits and unlike Si provides natural isolation between devices and circuits. This has made it an ideal material for monolithic microwave integrated circuits, MMICs, where active and essential passive components can readily be produced on a single slice of GaAs.

The main influencing factor of the surface quality of AlGaInP / GaAs LED epitaxy is surface defects, and the maximum allowable value of the defects should meet the following requirements:

The physical parameters of micro LED epitaxy wafer with AlGaInP / GaAs quantum well should be accord with the requirements in the table:

The gallium arsenide LED epitaxy wafer main parameters should meet the parameters in the following table:

Q1: I’m looking for red led epiwafer. Do you supply such products?

If yes, which wavelength, wafer size ?

A: You are welcome, your center ever ordered to us, and we also have received

hundreds of orders from universities in the world each year,

Q2: Concerning the wavelength what is the range available?

Finally, what is the susbtrate material ? Do you have any data sheet?

Q3: I have a question, I understand that 620 nm is the only wavelength available?

Q4: I request you to quote for one epitaxial wafer. We would like to have W/L:631nm – 636nm,λP is Typically 634nm-635nm. Would you advise me how you measure and guarantee λP W/L and no 2nd peak of IR W/L? Also how we make correlation between your side and our side ?

A: Please understand for red LED wafer, its stv itself is very small, normally it is within +/-2nm, even we can control it 633-635nm.

Photomask blank with antireflective chromium is available. Photomasks are mainly used in integrated circuits, flat panel displays (including LCD, LED, OLED), printed circuit boards and other fields. The photomask is a pattern master used in the photolithography process in microelectronics manufacturing. Here are specifications [...]